If you would like to add text or pictures to an obituary, please bring it in or email it to info@BeddingfieldFuneralService.com.

This list does not reflect all of the families that we have served. Some families request an online obituary and some do not. 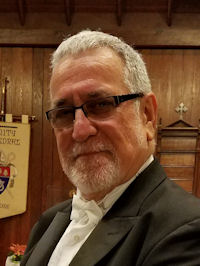 Mike is survived by his loving husband Michael Jay Stauffer Joyce, the love of his life; Children Brian, Cecelia, and grandchildren that he thought of often; Brothers Mr. & Mrs. Boyd Joyce, Mr. & Mrs. William Joyce, Mr. & Mrs. Richard Joyce, In-laws Gerda Stauffer, sister Lisa Stauffer and nephews, brother Mr. & Mrs. Wayne Stauffer Jr and nephew in NJ and aunts and uncles in Germany, and countless friends and LGBTQ/music family of his heart. He is preceded in death by his parents William and Elizabeth Joyce of MO, Sister Barbara Joyce of CO, Sister Priscilla in NE.

Mike was born on Oct 17, 1950 in Nebraska and grew up in Kansas City MO. He graduated from Colorado State University in 1979 with a bachelor’s in music for Organ performance. He earned his master’s degree in choral conducting and a minor in vocal performance from Sam Houston State in 1981. Mike was the Music Director/organist for Trinity Episcopal Cathedral in SJ, he was also the former Organist for St. Andrews Episcopal in Saratoga, and music Director/organist for Cathedral of Annunciation in Stockton. Mike and Michael got married on 7/1/17.

Mike was an accomplished singer, organist, pianist, and conductor who often volunteered his talent. He was a dedicated individual who loved music, and was passionate in educating individuals in piano, organ and vocal performance. Mike was an active and dedicated member of the San Francisco Gay Men’s Chorus and did everything he could for the LGBTQ community and advocated for equal rights for all. He has performed with Voices of Hope, Choral Project, and other organizations in the Bay Area, and North Coast Men’s Chorus while living in Cleveland OH. Mike loved sports, the 49ers, SF Giants, SJ Sharks, and GS Warriors. He played football in high school and for KU Jayhawks, before pursuing his music education and career.

A memorial service will be held at 11am On March 7 at St. Andrews Episcopal Church 13601 Saratoga Avenue, Saratoga, CA 95070 with a reception to follow. Rev. Julia McCray Goldsmith and David Bird will officiate the ceremony along with others in support. All are welcome to attend and celebrate Mike's life.

Josie Aguinaga was born in Silver City, California and passed away in San Jose, California. She was 82 years old.

Patric McGagin was born in Grass Valley, California and passed away in Santa Clara, California. He was 72 years old. 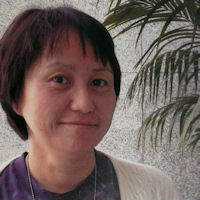 Ikue Pollak was born at home in Tokyo, Japan on February 17, 1955. She was the middle child with two brothers.

She attended nursing school in Japan.

She lived with symptoms of spinocerebellar ataxia type 3 which started around age 40. She passed away at home on February 12, 2020 at the age of 64.

In lieu of flowers, the family suggests a donation in memory of Ikue Pollak to: https://ataxia.org/. 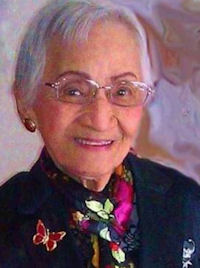 Milagros Escalona was born in Catbalogan City, Philippines and passed away in Mountain View, California. She was 93 years old.

James Taylor was born in Akron, Ohio and passed away in Cupertino, California. He was 71 years old. 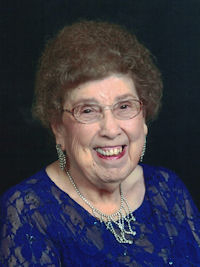 Amelia Hernandez was born in California and passed away in San Jose, California. She was 94 years old. 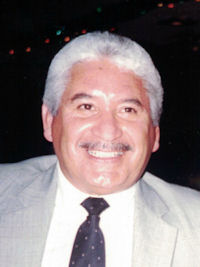 James Garcia was born in Los Banos, California and passed away in San Jose, California. He was 82 years old.

Viktor Evdokimov was born in Leningrad Region, Russia and passed away in San Jose, California. He was 83 years old.

Nancy Langenberger was born in Van Nuys, California and passed away in Campbell, California. She was 67 years old.

Judy Teague was born in Redwood City, California and passed away in Campbell, California. She was 47 years old.

Rod Chatfield went home to heaven on January 30, 2020 at the age of 64. He was born in Bartlesville, OK to Wanda Mae and Eugene Jackson Chatfield. Rod’s family moved to San Jose in 1964.

He graduated from Oak Grove High School. One of his first jobs was at Frontier Village portraying a gunslinger. Rod worked for General Electric in San Jose for more than 30 years. He started in the mail room, then took a job in production services where he received several awards for his work and innovations to processes. While at GE Rod began working on video production. He also had his own video production company, making informational videos for businesses. When Rod left GE, he worked at Guitar Showcase until Parkinson’s Disease limited his ability to work.

Rod had many interests, including cars, music, guns and photography. He was an excellent guitar player and a skilled photographer. Rod’s greatest love was for God and he never tired of telling people how much God loves them. Rod taught Bible studies and played on many worship teams. He made mission trips to Russia and China and many to Mexico.

Everywhere Rod went he brought smiles to peoples faces. He will be greatly missed. Rod is survived by his brother, Jackson, extended family and many loving friends.

Services will be held at 11am on Saturday, February 8 at Foxworthy Baptist Church, 1774 Foxworthy Ave, San Jose. In lieu of flowers, please make a donation to the Brain Support Network which researches Parkinson’s Disesase.

Ralph Kaplan was born in St. Augustine, Florida and passed away in Morgan Hill, California. He was 75 years old. 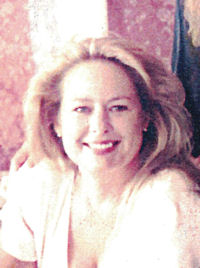 Karen Naegeli was born in San Francisco, California and passed away in San Jose, California. She was ?? years old.

Karen was preceded in death by her father, George Naegeli, and sister, Janice Pincus.

Jacek Kolodziejski was born in Lowicz, Poland and passed away in Saratoga, California. He was 76 years old. 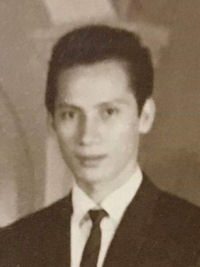 Mr. Legaspi was a civil engineer/project manager, who retired from the Philippine National Irrigation Administration (NIA). He was involved in design and construction of dam and irrigation projects. 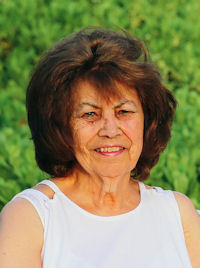 Nancy Ferguson, age 83, passed away on January 18, 2020 at Kaiser Hospital in Santa Clara. She was born on November 26, 1936 in Santa Clara to Joseph and Elizabeth Vierra and was the second youngest of seven children.

She was preceded in death by her husband, Robert "Bud" Ferguson; sisters, Emily, Carol, Clara; and brother, Raymond.

Services will be held on Friday, January 24 at St. Clare Catholic Church, 941 Lexington St, Santa Clara with a visitation starting at 10:30 AM and a Funeral Mass at 12:30 PM.


Interment of Cremated Remains: Scatter at sea off the coast of Santa Cruz County, CA.

Shuk Chan was born in Tapei, Taiwan and passed away in Stanford, California. She was 82 years old. 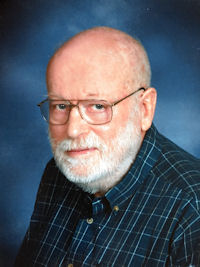 Ed was born in Fullerton, CA the second child of John LeRoy and Gretchen Strickland. He grew up moving, following his father’s construction jobs. This ranged from the heat of the Mojave desert, to the high mountains near Bishop. Always active in scouting, Ed earned the rank of Eagle which led to a lifetime love of hiking in the mountains. He led backpacking trips for many years and climbed Africa’s highest peak, Kilimanjaro, at age 71.

Ed graduated from Fullerton High School and entered Cal Berkeley in the fall of 1953. It was at a square dance that he first met Ida Alter, a shy young missionary kid from India. They married in 1957 during Ed’s senior year. When he finished his Masters degree in Nuclear Engineering, the young couple was sent to Griffiss Air Force Base in Rome, New York where their first child, Gretchen Marie, was born.

Upon his honorable discharge Ed began a thirty-four year career in the nuclear division of General Electric. The family moved to San Jose, CA where their son Paul Edgar was born. GE sent Ed all over the world. Whenever the assignment was to be over six months in length, GE would send the entire family. This meant moving from Italy to Germany to India with stops in San Jose in between.

In 1970 Ed no longer had lengthy travel and they purchased the home in Los Gatos. In 1974 son Paul died of a brain hemorrhage. Daughter Gretchen married Paul De Neui in 1982 and together they served as missionaries in Thailand for eighteen years. This meant more international travel for Ed and Ida to visit their four grandchildren.

In 1995 Ed took an early retirement from GE for health reasons. The years that followed included additional international travel, including volunteer teaching in Russia, Hungary, Ukraine, and Italy. Ed loved to learn about different parts of the world, especially their history, as his house full of books and teaching CDs gives evidence.

Ed’s unmistakable bass voice led him and Ida to join the Santa Clara Chorale where they sang a wide range of choral music. When not traveling Ed also volunteered his construction skills with Habitat for Humanity. One of his greatest joys was to read children’s stories to the young grades in schools which he did for over twenty-five years.

Most important to Ed was his commitment to his Christian faith and his participation as an active member of Trinity Presbyterian Church since 1973. At Trinity he served in multiple capacities making major contributions of time, talent and resources for his spiritual family.

Health concerns never stopped Ed from living a full life and enjoying every moment. Whether it was Sharks games, opera, theatre in Ashland, travel, or reading, there was always time for good food and wine with friends. Ed Strickland died Monday January 13 at age 84 following complications related to brain surgery. He is survived by his wife of 63 years, Ida, daughter and son-in-law, and four grandchildren. A celebration of the resurrection in memory of Ed’s life will be held at Trinity Presbyterian Church, 3151 Union Avenue, San Jose on February 1 at 2 pm. In lieu of flowers the family suggests donating to Trinity Presbyterian’s Building Fund or to Habitat for Humanity.

Larry Zimmerman was born in Arnold, Nebraska and passed away in San Jose, California. He was 83 years old.

Ida Littleton was born in Godley, Texas and passed away in San Jose, California. She was 96 years old.

Nicole Boulanger was born in Pans, France and passed away in San Jose, California. She was 81 years old. 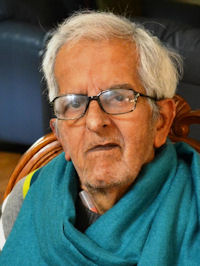 Nathan Bala was born in Chennai, India and passed away in San Jose, California. He was 86 years old.


Interment of Cremated Remains: Scatter at sea off the coast of Santa Cruz County, CA.

Amy Lai was born in Chongging, China and passed away in Milpitas, California. She was 81 years old.